Natural Disaster 101: When We Had Tremors At Office 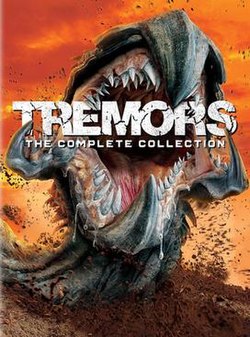 (Tremors of a different kind but equally frightening to those who experienced it – Image source: Wikimedia)

I just had finished a meeting with my project team members and walked back to my place.

I was about to click on my emails when I feel a bit dizzy. I was swaying from side to side as if I was drunk. It took me several seconds before I realised that I was not drunk or was about to faint.

My chair was still moving. Suddenly I saw my colleagues stood and asking each other whether they felt the tremors as well. Some felt it but others, perhaps too engrossed with work, did not even notice the commotion.

We decided to go down early – many of the other tenants decided to do the same and they all choked up the parking lot. Sitting in my car, waiting for the traffic to start to move, I realised that I am in a worse situation than before. Imagine being trapped in the building basement whilst tremors are being felt in the building. There is no escape.

Luckily nothing serious happened, other than a minor traffic jam and a whole load of panicked people on the ground floor. Let’s just hope that there are no major cracks in the building structure.

A powerful earthquake measuring 7.9 on the Richter scale struck off the city of Padang off the coast of southern Sumatra at about 6.17pm on Wednesday, killing at least 21 people, trapping thousands of others and causing tremors as far away as peninsular Malaysia and Singapore.

That got me thinking – just how ‘earthquake proof’ our Malaysian buildings really are? Imagine in a couple of years, if the tectonics plates decide to move and run across the middle of Peninsular Malaysia, would we be prepared?